Developing a Vaccine that Protects Against Covid-19 Variants 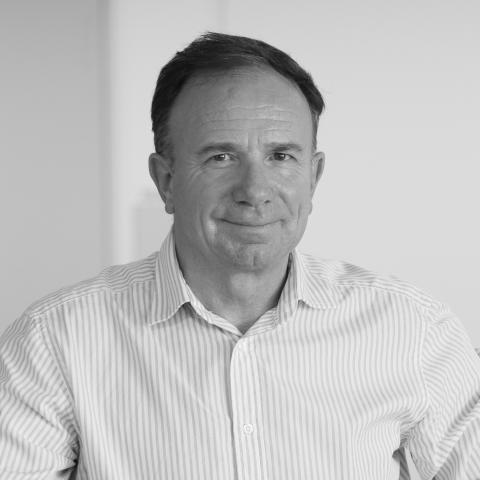 Paul Higham became CEO of the Finnish firm Valo Therapeutics in 2020. The company was founded in 2016 to develop oncolytic virus therapies, but it quickly pivoted to focus on Covid-19 when the pandemic hit the world. Higham discussed with us the reasons behind this shift and the company’s strategy to make the most of this unexpected opportunity.

How did it feel to take the helm in such a dramatic environment, in the middle of a pandemic?

It was a strange thing. Even the recruitment process was unusual because I wasn’t able to travel up to Finland, where most of the board is, to meet with the board members. We had to do the whole recruitment process by Zoom calls, which is a new experience in itself. It worked out quite well, but it was still a bit of a risk on both sides, not having really met anyone in person, for the board and for me to take on the role.

The chemistry has to work. It’s not just about the company, its technology, the plans, and the team. It’s also about can I work with the investors and board? So that was a little bit of a leap in the dark. And then, the issue of what was happening with the company during that time. The plan was to raise money, which was also going to be a challenge, and remains so actually, in these unusual times. The other part was how the strategy changed for the company.

When did the company decide to change course and use its oncolytic virus technology to develop a Covid-19 vaccine?

This actually happened before I joined the company. Because the company has such a deep understanding of immunotherapy, which it had applied so far to cancer immunotherapy, it was obvious that the platform – as it’s hugely flexible – could also be applied to creating new vaccines. That was a thought that came up in the springtime of 2020 after the pandemic really hit and there was a lot of talk of developing vaccines.

Some projects and some collaborations had been established when I arrived, but then it was really about seeing those through and making sure that we got results as quickly as we could so we could see a way to move forward on the Covid-19 side.

How difficult was it to change strategy?

Valo’s technology is based on the fundamental biological principle that viruses and bacteria are negatively charged on their surface. By adding positively charged peptide sequences onto the surface of oncolytic viruses, you can trigger a targeted immune response.

In cancer, our technology gives you the double benefit of the general oncolytic virus activity: creating an immune response at the tumor site and, in addition, getting a very tumor-specific immune response because the peptides have been selected from the tumor targets.

The idea was if we could do this with cancer, could we not use the same technology to develop a vaccine against Covid-19? We could coat the outside of a viral vector with immunogenic peptides that are relevant for Covid-19 and, in the same way, trigger a very strong and specific immune response against the peptides presented by cells infected with SARS-CoV-2.

From the immunological understanding, it wasn’t a huge leap, but because the company had clearly been focused on cancer immunotherapy, we had to learn how to develop a vaccine. We’ve had to take advice on which preclinical models to use to demonstrate that this could work against a virus rather than against a tumor and have already generated positive proof of concept data. We’re now setting up the next experiments to demonstrate that our technology will work with carefully selected SARS-CoV-2-specific peptides.

We’ve talked to big pharma companies about what sort of evidence and data they would like to see preclinically to convince them. Our plan is not to do the clinical development; it’s to create a clinical candidate that one of the big vaccine players can then take on into clinical development.

With all the Covid-19 vaccines now entering the market, what is your strategy for your candidate to stand out?

Essentially, we’re using a similar platform to the AstraZeneca/Oxford vaccine, which uses an adenovirus as the vector. Johnson & Johnson and CanSinoBio in China also use adenovirus – that’s how these vaccines are put together.

Up to now, all the vaccines have been focused on the spike protein on SARS-CoV-2. Frankly, we became alarmed about that during last year, because we knew that the rate of mutation of this coronavirus – and all coronaviruses so far – around the spike protein has been many-fold higher than around other parts. We knew there was a high risk of mutations emerging and of these new variants potentially escaping – in part or in full – the protective effect of the vaccines.

That was a real concern to us in the middle of last year and that shifted our focus to think about selecting immunogenic peptides from parts of the coronavirus where there’s a much, much lower rate of mutation. Essentially, that way, we could get the immune system to attack those parts of the virus that aren’t going to mutate.

We could, for example, take the existing AstraZeneca vaccine and coat it with immunogenic peptides from proteins with these lower mutational rates and give protection against the emergence of new variants. In a way, augmenting and improving the existing vaccines. That’s one approach. Or we could create a completely new vaccine ourselves.

I read a statement from AstraZeneca saying they’re working on improving their vaccine to cover the South African variant, and it should be ready by the autumn. By then, it’s probably too late, because by then it will have done the damage. And, by then, there may be a completely different variant that is causing problems, and you start the cycle again.

The great thing about our platform is it’s very simple. We need to identify the peptides, which we are focusing on in our new collaboration with ImmunoScape. This will take a maximum of one to two months, manufacture them, which takes a matter of days, and then we can apply them directly onto the vaccines to improve them and augment them. It’s an extremely flexible platform that we think could be a strong augmentation of the existing vaccines out there.

What are the plans for Valo Therapeutics in 2021 and beyond?

Despite our change in strategy, we’re still very much focused on cancer too, and we’re looking at melanoma and non-small cell lung cancer as the two key indications. We’re in the final preparations to start our first phase I study this year. We plan to enroll the first patient in Q3.

Our first project is using an oncolytic virus that has particular transgenes to stimulate the immune system, and then, in addition to that, we’ve coated the virus with two highly prevalent cancer targets, which we know are highly prevalent in the two indications. We expect to get results out by the end of 2022.

We’re also in a collaboration with another oncolytic virus company called Targovax. What we’re doing for them is creating what we call a PeptiCRAd; taking an oncolytic virus, coating it with relevant peptides, and delivering it to the tumor. We’re particularly looking at KRAS as peptides, which are of interest to Targovax. This will help create a new clinical candidate targeting, for example, pancreatic cancer.

The fact that so many companies are now developing viral vector vaccines makes the oncolytic virus field increasingly popular. How do you think that will develop in the future?

What’s had to occur for the Covid-19 situation that didn’t really exist a year ago, is a massive increase in manufacturing capacity and manufacturing speed for this kind of viral vector. That is a great advantage when it comes to reacting quickly to things like Covid-19, or other coronaviruses and other infections in the future.

On the oncology side, there will have been significant learning that could help us to make our chemistry, manufacturing, and control processes more streamlined, more cost-efficient, and quicker. We’ve actually had a very useful conversation with a company that is manufacturing the AstraZeneca vaccine. They’re potentially expanding towards cancer and we’re going towards vaccines, so there’s a nice synergy there and they could really help us in our clinical development.

Helsinki, Finland, 26 July 2022: Valo Therapeutics Oy (ValoTx), the developer of novel, adaptable immunotherapy platforms for cancer and infectious diseases, announces the exclusive licensing of intellectual property rights (IPR) from the University of Helsinki, Finland, for the institution’s innovative PeptiCHIP technology. Following further validation by ValoTx, and the achievement of specific milestones, the IPR will transfer in full to the company. This is a strategically important addition for the company as it will enable the rapid identification of tumour