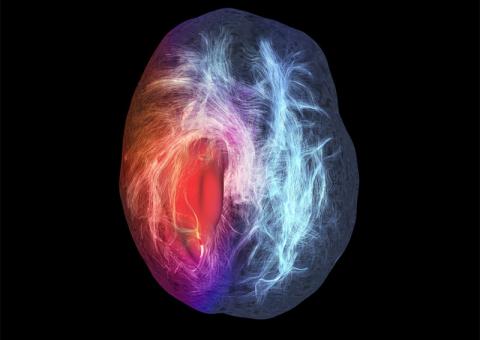 Pharmaceutical giant Johnson & Johnson announced on 2 May that it would pay up to US$1 billion to acquire a company that makes cancer-killing viruses. It was a striking show of support for a still-unproven treatment, but the bid is just the latest sign that industry and academics are warming to the approach.

In February, Merck, headquartered in Kenilworth, New Jersey, agreed to pay US$394 million to snatch up an Australian firm working on cancer-killing, or ‘oncolytic’, viruses. And in April, about 300 people showed up for the oversubscribed International Oncolytic Virus Conference in Oxford, UK. When the conference launched in the early 2000s, there were only about 60 attendees. “They were very small meetings for these crazy people working with viruses,” says Jean-Simon Diallo, a molecular biologist at the Ottawa Hospital Research Institute. “We’ve really seen a shift.”

Diallo credits a confluence of developments with igniting the field. One was a 2015 US Food and Drug Administration (FDA) decision to approvea modified herpes virus called talimogene laherparepvec (Imlygic) to treat some forms of melanoma. It was the first cancer-fighting virus to win regulatory support in the lucrative US market. Another is emerging evidence — largely from animal studies — that the viruses might work better when given in concert with other therapies called checkpoint inhibitors, which boost immune responses against tumours.

“The intersection of these two events has really put some spice in the oncolytic-virus field,” says Diallo. “The checkpoint inhibitors have really turned things around for everybody.”

Valo Tx is pleased to share a new publication in Molecular Therapy Oncolytics (2021 in press) from IVTLab and Valo Therapeutics on PeptiCRAd technology and our proprietary oncolytic adenovirus platform. A link to the paper can be found here Abstract Oncolytic viruses (OVs) have been shown to induce anti-cancer immunity and enhance cancer immunotherapies, such as immune checkpoint inhibitor therapies. OV therapies can be further improved by arming OVs with immunostimulatory molecules including various cytokines or chemokines. Here, we have

Helsinki, 24th November, 2020 Valo Therapeutics, the developer of novel, adaptable immunotherapy platforms for cancer and infectious diseases, today announced that the US Patent Office has granted US Patent No 10,799,568 on 13 October 2020, covering its lead PeptiCRAd platform technology. The patent covers the use of adenoviral vectors having tumor-specific peptides attached to the viral capsid, for stimulating targeted anti-tumor immune responses in cancer patients. Patents for PeptiCRAd technology have been previously granted in Europe (No 3145537) and in

This Startup is Making a Cancer Vaccine out of Viruses

Valo Therapeutics is operating both in the UK and Finland to develop a cancer vaccine based on a virus designed to kill tumors.