Oncolytics: the dawn of a new era in cancer treatment 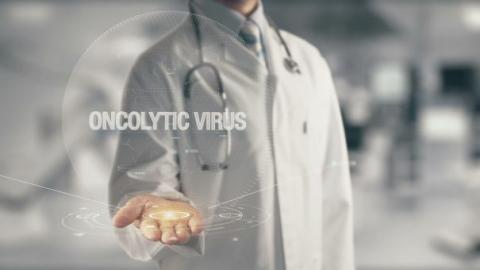 Oncolytic virus therapy is not a new discovery, but it may now be positioned as the next major breakthrough in cancer treatment following the success of checkpoint inhibitors in immunotherapy.

An oncolytic virus is defined as a genetically engineered or naturally occurring virus that can selectively replicate and kill cancer cells without harming healthy tissues. In contrast to gene therapy, where a virus is used as a mere carrier for transgene delivery, oncolytic virus therapy uses the virus itself as an active drug transporter.

The history of oncolytics

The concept of oncolytic virus therapy has existed for decades. Tumour regression has often been observed during or after a naturally acquired, systemic viral infection. Nearly 70 years ago, in 1949, the first 22 patients with Hodgkin’s disease were treated with sera or tissue extracts containing the hepatitis virus.

Many clinical trials took place over the next forty years, assessing whether it was possible to treat cancer with both wild type and naturally attenuated viruses, including hepatitis, West Nile fever, yellow fever, dengue fever and adenoviruses. However, these viruses were not deemed useful as therapeutics reagents because at the time there was no successful method to control the virulence and moreover, retain viral replication in cancer cells.

Presently, protection mechanisms against viral infection, such as interferon‐beta signal pathway, can be impaired in the majority of cancer cells, most viruses can therefore replicate to a much greater extent in cancer cells than in normal cells.

Read about what we're doing in Precision Oncology News

ValoTx is pleased to share a new publication in Molecular Therapy Oncolytics (2021 in press) from IVTLab and Valo Therapeutics on PeptiCRAd technology and our proprietary oncolytic adenovirus platform. A link to the paper can be found here Abstract Oncolytic viruses (OVs) have been shown to induce anti-cancer immunity and enhance cancer immunotherapies, such as immune checkpoint inhibitor therapies. OV therapies can be further improved by arming OVs with immunostimulatory molecules including various cytokines or chemokines. Here, we have developed